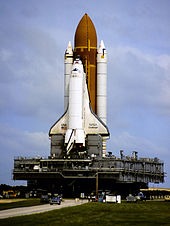 The space shuttle “Challenger” explosion in 1986 was a seminal moment for many Americans. The launch was shown on live TV and there was a high amount of interest in teacher Christa McAullife being on the flight. The shuttle exploded 73 seconds into the flight resulting in the deaths of the entire crew. An immediate investigation was launched and it was determined that a failed rubber o-ring system used as seals on the solid rocket boosters led to the explosion. The launch was on an unusually cold day – the o-ring seals were qualified for use at no less than 40 degrees Fahrenheit but the temperature got as low as 18 degrees Fahrenheit the night before.

Prior to launch several engineers attempted to warn against launching due to this reason. The engineers believed that the cold temperatures would weaken the rubber and also lead to a poor seal, which would allow hot exhaust gases to potentially escape the boosters and cause catastrophic damage. It had already been determined that the o-rings were being damaged even on successful flights. The engineers were forced by NASA management to try to prove that the application would fail at low temperature, something the engineers could not do because of a lack of testing data.

Your application with rubber will likely not be as critical as the space shuttle o-ring seals; however, even with our applications there is much to learn.

Firstly, is you need to pick a rubber that will work within the parameters of your application. You need to know what chemical exposure and temperature range the part will need to operate in.

Secondly, once you get the parts you need to use them within the parameters that you have specified because if you introduce, for example, new chemicals or operate the part outside of the prescribed temperature range, it may fail!

The third and final thing we can learn is to listen to the product experts who helped recommend a rubber solution to you. If they strongly believe a certain material is required and can give you concrete reasons, you should consider this thoroughly before going in another direction. This is particularly a concern where a desired price may be a determining factor for a purchasing decision, rather than if the rubber is actually suitable or not.

Redwood Plastics and Rubber has rubber experts standing by to help recommend the best product for your application so contact us today.